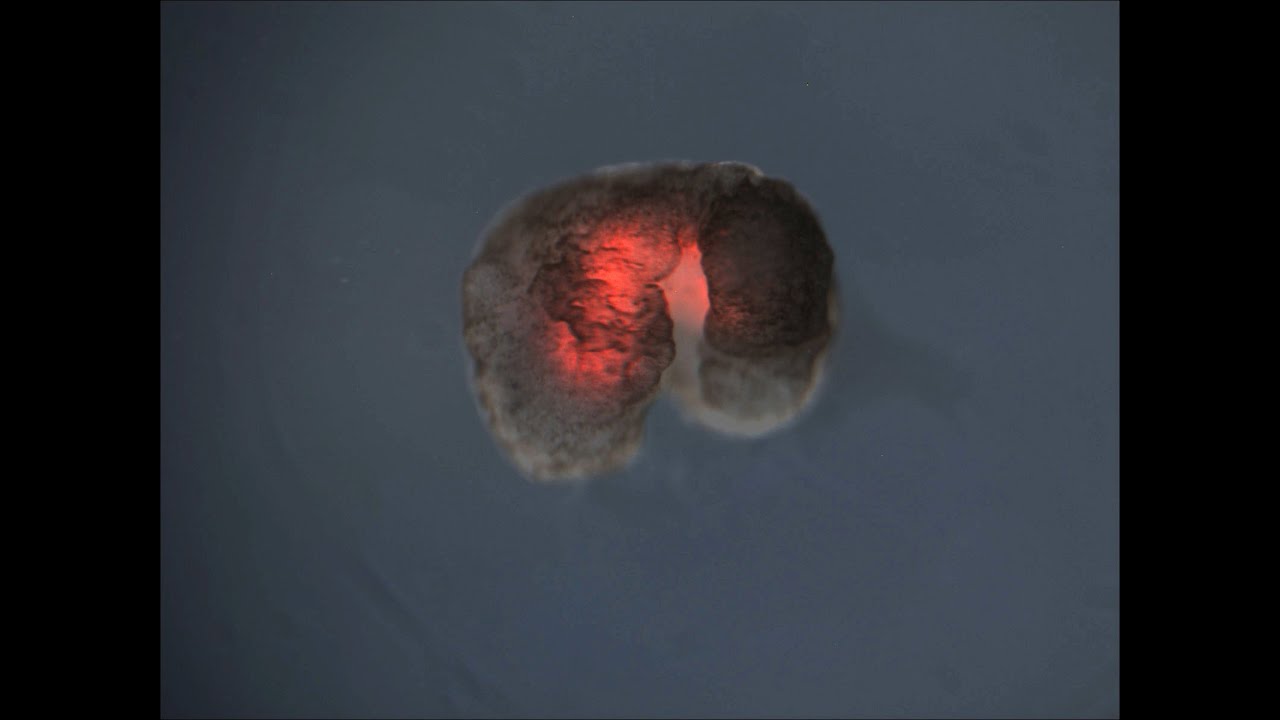 In 2020, scientists made headlines worldwide when they developed “xenobots” – small “programmable” living beings composed of thousands of frog stem cells.

In early 2021, a second batch of xenobots demonstrated unexpected new properties. These included self-healing and increased life expectancy. Additionally, they demonstrated a capability for cooperative behavior in swarms, for example, by massing into groups.

The same team of biologists, roboticists, and computer scientists presented a new type of xenobot last week. As with prior xenobots, they were built using artificial intelligence to simulate billions of prototypes, avoiding the time-consuming trial-and-error process in the laboratory. However, the latest xenobots have a critical difference: they are capable of self-replication.

What’s going on? They are capable of self-replication?!

The new xenobots are similar to Pac-Man in that they can suck up other frog stem cells and assemble new xenobots similar to themselves as they swim around. They are capable of sustaining this process for multiple generations.

However, they do not reproduce biologically in the conventional sense. Rather than that, they form the groupings of frog cells with their “mouths.” Ironically, the recently extinct Australian gastric-breeding frog was the only species that delivered birth via the mouth.

The latest development gets scientists one step closer to generating self-replicating organisms. Is this truly a Pandora’s Box?

In his 1986 book Engines of Creation, Eric Drexler, the US engineer credited with establishing the subject of “nanotechnology,” famously alluded to the possibilities of “grey goo.” He envisioned self-replicating nanobots that consumed their surrounds, converting everything into a sludge comprised entirely of themselves.

Although Drexler later regretted coining the term, his thought experiment has frequently been used to warn against the dangers associated with the development of new biological matter.

In 2002, an artificial polio virus produced from custom DNA sequences became capable of self-replication without the assistance of artificial intelligence. Although the laboratory-created virus was contained, it was capable of infecting and killing mice.

According to the researchers that developed the new xenobots, their primary importance is in showcasing developments in biology, artificial intelligence, and robotics.

Future robots constructed entirely of organic materials may be more environmentally benign, as they may be engineered to degrade rather than remain. They may contribute to the resolution of health issues affecting humans, animals, and the environment. They may aid in the development of regenerative medicine or cancer therapy.

Xenobots may also serve as an inspiration for art and fresh perspectives on life. Strangely, xenobot “offspring” are created in the image of their parents, but not from them. As a result, they reproduce without genuinely reproducing biologically.

Perhaps alien life forms construct their “children” entirely from items in their environment, rather than from their own bodies?

It’s natural to harbor apprehensions regarding xenobot research. While one xenobot researcher stated that there is a “moral duty” to investigate these self-replicating systems, the research team acknowledges that their work raises legal and ethical difficulties.

Hundreds of years ago, English philosopher Francis Bacon proposed that certain types of inquiry are too risky to conduct. While we believe that is not the case with existing xenobots, it may be in the future.

However, their use outside of combat is less precisely regulated.

Due to the interdisciplinary nature of these advancements, which include artificial intelligence, robotics, and biology, they are difficult to govern. However, it is critical to examine possibly hazardous usage.

There is an instructive precedence in this case. In 2017, the United States’ national academies of science and medicine released a joint study on the emerging field of human genome editing.

It defined the criteria under which scientists should be permitted to modify human genes in ways that would enable the changes to be passed on to future generations. It recommended that this labor be limited to “vital reasons of treating or preventing significant sickness or impairment,” and even then, only under strict supervision.

Both the United States and the United Kingdom currently permit select instances of human gene editing. However, generating new species capable of self-perpetuation was much beyond the reach of these investigations.

While xenobots are not yet created from human embryos or stem cells, it is possible that they may be in the future. Their creation poses similar concerns concerning the creation and modification of self-regulating biological forms.

At the moment, xenobots have a short lifespan and reproduce only once every few generations. Nonetheless, as the researchers point out, biological stuff can behave in unexpected ways, and these are not always benign.

We should also examine the non-human world’s potential consequences. Human, animal, and environmental health are inextricably linked, and introduced organisms can wreak havoc on ecosystems inadvertently.

What constraints should we impose on science in order to avert a real-world “grey goo” scenario? It is premature to be entirely prescriptive. However, authorities, scientists, and society must carefully balance the risks and benefits.