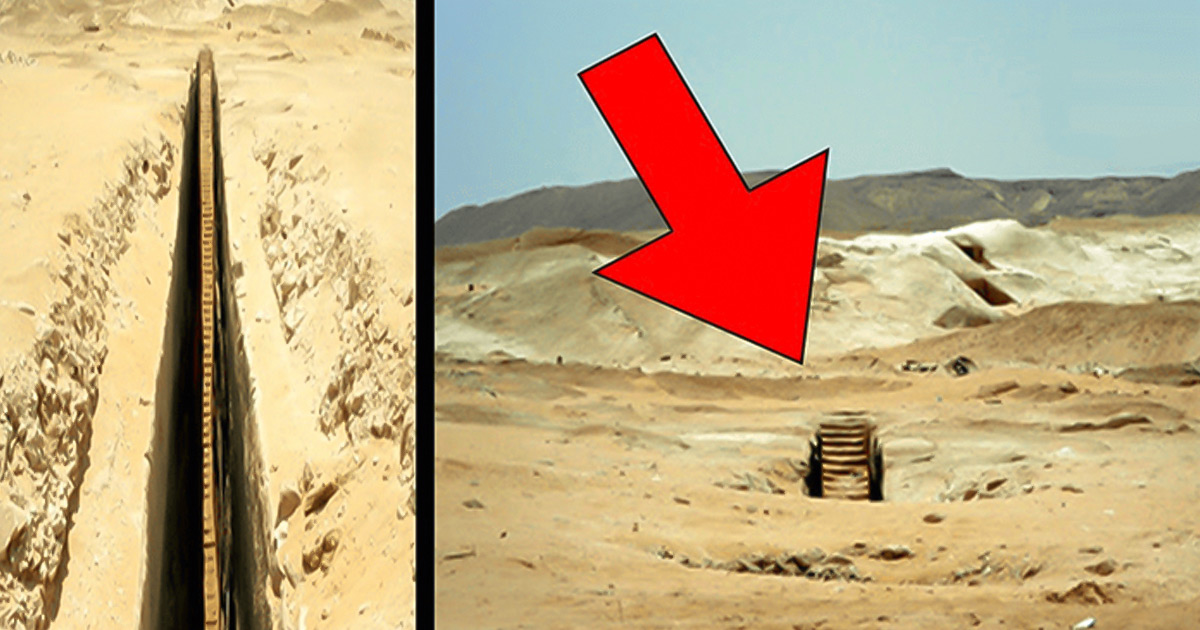 The fourth abandoned pyramid of the Giza Plateau was recently discovered in the middle of nowhere. This discovery sparked a flurry of rucksacks, to say the least, because it is by far the earliest pyramid ever discovered in Egypt and is assumed to have been created by a different architect than those who built the other three pyramids here.

It all started when a group of experts decided to dig a massive staircase that appeared to lead nowhere at first. Soon after, they began digging, revealing the truth that this is, in fact, a concealed entryway to the fourth Pyramid.

The pyramid itself is quite fragile, to say the least, because it is the oldest of the groupings, and scholars believe it is tied to the ancient Sphinx, which predates the Egyptian civilisation as a whole.

Again, no one knows who developed it in the first place, but we do know that at the end of the day, there must be a reason for why we never heard of it before.

We’ve known about the Great Pyramid for hundreds of years, but we haven’t heard anything about the fourth pyramid. Why? Why?

To say the least, experts concur that there is more to this story than meets the eye. Don’t worry, just watch the video below and let us know what you think.