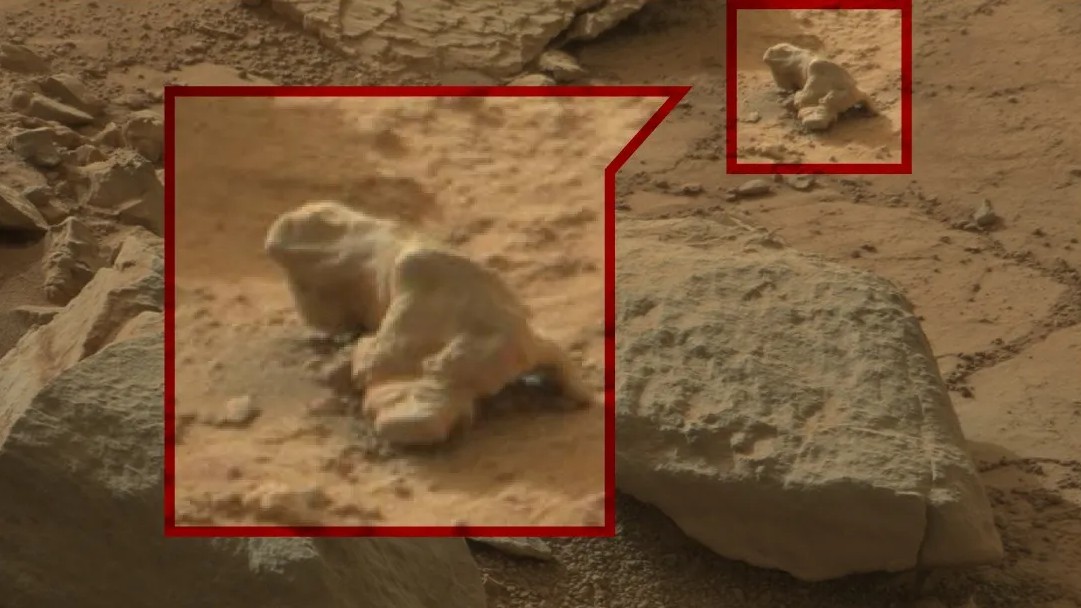 According to a researcher from Ohio University in the United States, there is evidence of insect-like critters on Mars.

“Life has been and continues to exist on Mars,” Romoser stated, saying that the photographs appear to depict both fossilized and living animals.

“There appears to be considerable diversity among the Martian insect-like fauna, which share a number of characteristics with Terran insects classified as advanced groups, such as the existence of wings, wing flexion, swift gliding/flight, and variably formed leg parts,” Romoser stated.

While the Martian rovers, notably the Curiosity Rover, have been searching for signs of organic activity, Romoser said that there are a number of photographs that clearly represent insect — and reptile-like — morphologies.

Numerous photographs demonstrate how arthropod body components, including legs, antennae, and wings, can be discerned from the surrounding landscape, and one appears to show one of the insects in a steep dive before pulling up just before impacting the earth.

Individual photographs were examined in great detail while adjusting photography factors such as brightness, contrast, saturation, and inversion. There has been no addition or deletion of information.

Romoser’s research comprised the following criteria: dramatic deviance from the surrounding environment, clarity of form, bodily symmetry, segmentation of body parts, recurring shape, skeletal remains, and observation of forms in close proximity to one another.

Certain postures, signs of mobility, flight, apparent interaction as implied by relative positions, and shining eyes were deemed to be compatible with the existence of live organisms.

“Once a distinct picture of a particular shape was found and defined, it aided in the detection of additional less distinct but equally valid representations of the same fundamental form,” Romoser explained.

The presence of an exoskeleton and jointed limbs is sufficient to identify an arthropod.

Three body sections, a single pair of antennae, and six legs have historically been sufficient to create a ‘insect’ identity on Earth.

Additionally, these features should be relevant for classifying a creature on Mars as insect-like. Arthropodan, insect-like creatures can be detected on their bases in Mars rover images.”

On Earth, these animals have a passing resemblance to bumblebees or carpenter bees. Other photographs depict these “bees” sheltering or nesting in caverns. Others depict a petrified snake-like creature.

“The possibility of higher metazoan creatures on Mars necessitates the availability of nutrient/energy sources and processes, food chains and webs, and water as constituents that work in a sustainable, albeit extreme, ecological context conducive to life,” Romoser explained.

“The evidence for life on Mars offered here establishes a firm foundation for a number of further critical biological, social, and political problems,” he added.

The paper was presented at the national conference of the Entomological Society of America.