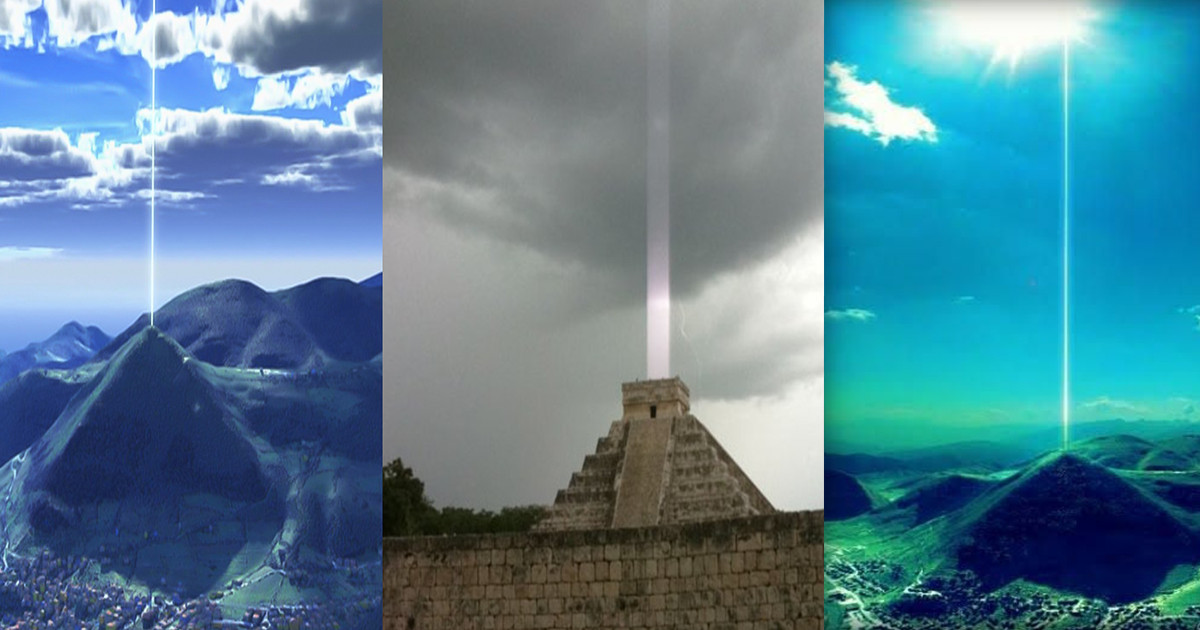 All of a sudden, pyramids appear to be shooting energy toward a weird cloud in the sky. Is it a message to an unidentified power?

There’s a new wild hypothesis out there, and it includes pyramids and a phantom space cloud. For those who are familiar with strange scientific theories, you may have heard of our solar system travelling through space dust/clouds. The solar system “is travelling through an interstellar cloud that science dictates should not exist,” NASA verified in December 2009, it appears. NASA’s Voyager satellites helped solve the puzzle, as detailed in a paper published in Nature in December.

The cloud is referred to as the Local Interstellar Cloud by astronomers. It’s around 30 light years across and comprises a 6000 degree Celsius combination of hydrogen and helium atoms. When it comes to the “Fluff” (as it’s known), the real puzzle is in its surroundings—it is surrounded by high-pressure supernova exhaust that should either crush or scatter it.

There is not enough pressure in the clouds to withstand the “crushing force” of the hot gas around them, according to one expert. “Data from Voyager suggest that the Fluff is far more powerfully magnetic than anybody had previously anticipated… Additional pressure can be provided by utilizing this magnetic field.”

We’ve witnessed a lot of solar storms, earthquakes, and weird cosmic phenomena surrounding the Pyramids of Giza, which conspiracy theorists believe might be due more to the photon belt than global warming. The photon belt is an energy belt that elevates one’s spiritual state of being. Another theory put out to explain the mystifying cloud formations is this. On 11-11-11, images of clouds around a pyramid and lights striking right at the sort of era were presented in a mass number of images.