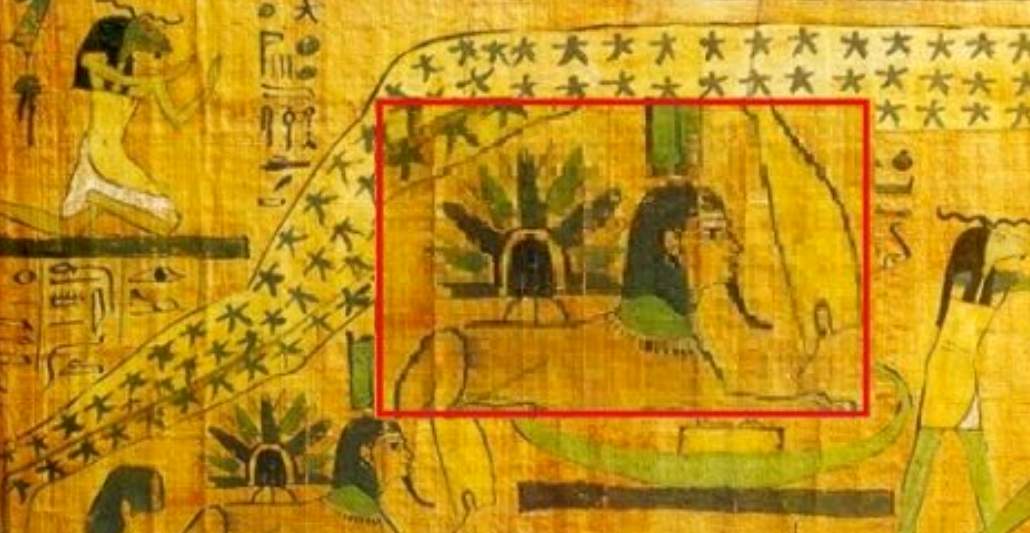 Many believe that the Egyptian God Ra swooped down from the heavens, settling in Egypt and building a strong society. This is a well-known myth, but is it true?

Warne Herschel, a South African author, has just proposed a fresh explanation for the star deity. His findings are based on a 3,000-year-old scene from the Djed Khonsu If Ankh burial papyrus, which is on exhibit at the Cairo Museum. According to the accounts, Ra’s ship does not resemble a typical boat but rather resembles a flying disc that emits blinding light. Herschel, like numerous other controversial authors, believes this is a UFO.

According to Herschel, the papyrus depicts not only the disk, but also the constellation nearest to the individual star of Ra, as well as other lost symbols. Additionally, he notes that the disc fell atop Egypt’s Sphinx.

“It is a disc with a dome that emits a dazzling colored light… and it is balanced on three legs in the manner of a tripod. It’s unsurprising that the rear of the Sphinx was flat. Wayne Herschel asserts that there is also a tomb depicting the Sphinx with a lion’s head, something that historians and authors have utterly overlooked. There are traces of what looks to be an arched entryway that has been filled in over thousands of years, and it is visible behind the Sphinx’s head!”

For years, the real meaning of the papyrus has been a source of contention, but it remains a mystery.

“Virtually all ancient civilizations were preoccupied with the origins of star gods,” Herschel writes. “Many went on to construct gigantic monuments marking the positions of the stars on the ground, practically all of them choosing the same ‘x’ that designates the site as their ultimate monument inside the precise star pattern.”

What are your thoughts about Herschel’s assertion?