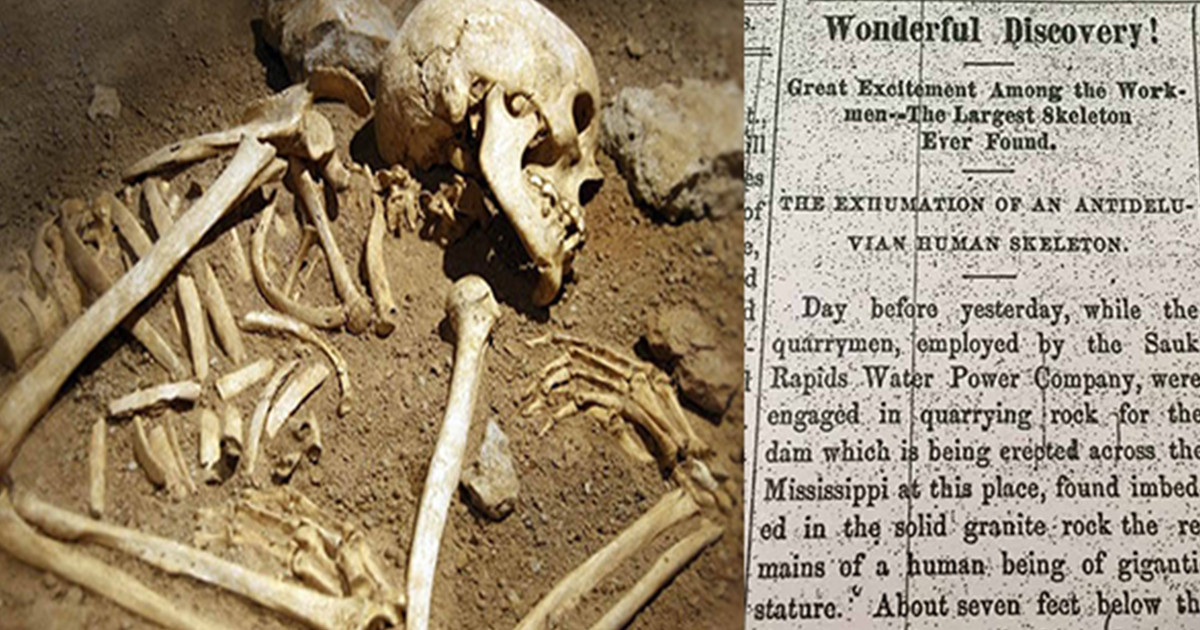 More than 150 years ago, workers from the Sauk Rapids Water Power Co. discovered the bones of a 10-foot-tall giant on the Mississippi River’s shores.

According to the authors of the discovery report, it was “the largest skeleton ever unearthed on Earth.”

Surprisingly, the bones were not found until the next day. It was reported that the bones were carried by train and sold to a circus. What happened to the bones? Was it all part of a cover-up orchestrated by the ruling class to keep the entire scandal hidden?

Workmen uncovered “the bones of a human body of enormous dimensions stuck in solid granite rock,” according to government reports.

The burial depth was estimated to be roughly 2 feet below the river’s level.

Nobody knows for sure if the story is true or not now, more than 150 years later. According to Mary Ostby, the entire scenario was true.

Whatever the case may be, the story of the workers discovering the bones of a giant has captivated people all around the world, and it is up to you to believe it or not, as they say.