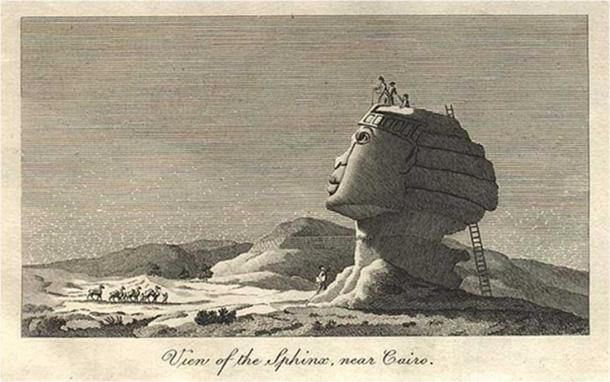 Egypt was still the major magnet for archaeologists looking for answers in 1935. It had only been a little more than a decade since British Egyptologist Howard Carter discovered Tutankhamen’s tomb on November 4, 1922, after it had remained almost undisturbed for over 3,000 years. However, it is yet another incredible story that has to be examined. However, our attention is currently focused on the newest attempt to conceal the true ancient history of an unknown civilisation that left us with amazing wonders both above and below the Giza Plateau’s sands.

Egypt’s Lost City Has Been Discovered

The earliest reports of a “Secret City” appeared in the World Press during the first week of March 1935. By July of that year, much more had been discovered, and the Sunday Express published a story by Edward Armytage, who had just returned to England from Egypt, where he had seen the excavation of an ancient Egyptian metropolis considered to be 4000 years old at the time.

Silence in the media

and there was stillness, as if every surviving Egyptologist had lost interest in this fantastic underground metropolis. All of their subsequent publications focussed on tombs of queens and shafts that had sunk deep into the earth to burial tombs somewhere during the 24th Dynasty, which lasted from 732 BC to 716 BC. It’s strange that such a massive find of a whole underground city dating back at least 4,000 years was entirely neglected in favor of a late time Dynasty that virtually went unnoticed.

That was eighty years ago, and today we face a similar ‘rose granite block wall’ in the person of former Minister of State for Antiquities Affairs, Zahi Hawass, who held that position until Egypt’s revolution in 2011 toppled Hosni Mubarak—and also ended Hawass’ controversial reign as Egypt’s supreme chief of all antiquities. He does, however, still have his ‘finger in the pie,’ so to speak. Much has been written about the Egyptian ‘Indiana Jones,’ who smiles one moment and becomes enraged the next when he is asked an unwanted question. This aspect of his personality is widely chronicled in the book “Breaking the Mirror of Heaven” by Robert Bauval and Ahmed Osman.

However, such a disposition does not explain why Zahi Hawass has publicly said that there is nothing below the Sphinx, not a single tunnel or chamber, despite several images of him entering descending shafts from the Sphinx’s head and another at the extreme back of the Lion Body. Are we meant to entirely ignore everything we’ve seen in the past and accept such denials without question?

He reportedly dismissed inquiries about underground tunnels underneath the Giza Plateau and rooms beneath the Sphinx by claiming that it was impossible to investigate farther since the chambers were either closed or full with water. That might be the case, yet one of the photographs showing a back descending shaft from the side of the Sphinx shows that the floor deep below is relatively dry.

We do know that Hawass climbed down ladders from the Sphinx’s rear entrance, into a deep chamber on a middle layer, and then even further down to a bottom chamber that apparently contained a very large sarcophagus and was filled with water, because these scenes are all featured in a Fox documentary film. It’s difficult to conceive how he could ever believe he could subsequently repudiate what he’d achieved.

A Glitch in the Sphinx’s Head

Vivant Denon carved a picture of the Sphinx in 1798, albeit he didn’t copy it very well. He did, however, know that there was a hole on the top of its skull since he had sketched an image of a guy being dragged out.

A drawing is hardly proof, but an aerial shot of the Sphinx taken from a hot air balloon in the 1920s revealed that there is such an entrance on the top of its head.

The completely different construction materials and color of the Sphinx head, which we believe is not rock but some type of man-made substance, compared to its limestone and eroded body, indicate that the Sphinx’s head and face must have been changed from its original shape long after the monument was first carved. When compared to its body, the head has almost little erosion.

The sides of the headdress are fairly smooth, and a quick glance at the legendary creature reveals that the torso is lighter in color than the head.

According to Tony Bushby’s “The Secret in the Bible,” a severely fragmented describes a story that may easily be understood as happening at Giza and includes a beast with a lion head and a tunnel entrance buried by sand. Everything currently indicates to the Sphinx body being carved out of natural stone during a period of regular severe rains, which corresponds to the time period predicted by Robert Bauval and Robert Schoch for the construction of the Orion’s Belt Pyramids, i.e. around 10,450 BC.

Sphinxes on both sides?

Sketches of the Giza (the term Gisa in Ancient Egyptian means ‘Hewn Stone’) complex date back to 1665, and some depict two heads peeping out of the dunes, one with feminine characteristics.

It was common practice in ancient Egypt to inscribe two lions, known as Akerw, next to their entryway for divine protection, and this would bring us right to a mound near the sphinx, which Gerry has discovered and measured. Is it possible that this mound contains the buried body of a second sphinx?

The Egyptian authorities would have welcomed a massive, covered form so near to the Sphinx, but Hawass and Mark Lehner, according to a credible source, refused to listen to his hypothesis.

Gerry had called someone at a prestigious institute in Cairo that has technology capable of detecting items beneath the sand. That individual applied for a permit to explore the mound with the then-Supreme Council of Antiquities, but they did not react. No one else appears to have been granted a permit to study the exact section of the mound where we believe a Second Sphinx may be discovered. Without a doubt, they had a motive!

Why is there such denial?

Why would those two Egyptologists be so concerned about the possibility of discovering something that had been missing for centuries? Is it conceivable they don’t want to expose what’s behind that mound? It is not rational for anyone to oppose to any form of probe or even a simple aerial snapshot being taken, which may lead to the discovery of yet another great wonder of the world, attracting many thousands more tourists to Egypt. They won’t even confess to ever having studied the mystery mound, and if they had, they would have been the first to admit it.

Zahi Hawass met with the Foreign Press Association in Cairo a few years ago to express his displeasure with a group of pseudo-scientists whose personal attacks on him via television and other media had escalated to the point of becoming frightening. He was apparently concerned that an NBC interview would endorse and publicize their plans, which he claims were just for personal benefit.

He allegedly stated in a statement:

“I’d want to talk about things that don’t make sense,” she says.

His gesture indicated his growing dissatisfaction with what he referred to as “pyramidiots” — people who hold ideas that are diametrically opposed to those of the mainstream scientific community.

“They claim that covert excavations…are taking place surrounding the Sphinx but are not being revealed.” This is categorically not the case.”

Zahi Hawass is not only a superb showman and maybe the most informed person in the world about ancient Egypt, but he has also done a lot to promote tourism in his nation. He does, however, appear to have a goal, which is to maintain the traditional view of ancient Egyptian history, regardless of how many fresh discoveries contradict what is generally considered to be accurate.