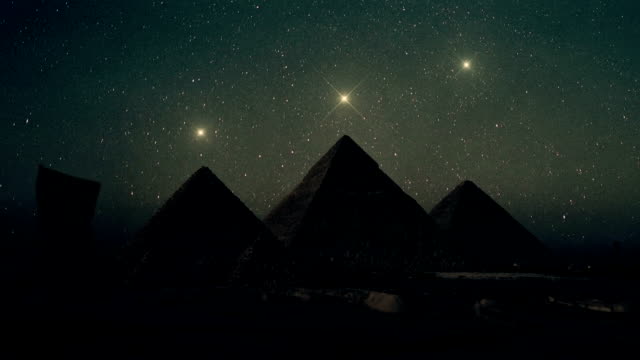 Due to their comparable positions, there is a theory that the Orion is somehow connected to the Earth’s pyramids. Robert Bauval’s book The Mystery of Orion was the first to examine this in the 1990s.

As one might imagine, the three Egyptian pyramids of Giza are exactly aligned with the Orion Belt’s three-star pattern.

To put it mildly, the Giza pyramids have always been unique, as they are not tombs in the manner of the majority of other Egyptian pyramids.

According to astronomers, there are three primary reasons why these might be connected to the Orion Belt.

To begin, the pyramids all point toward the Milky Way, which contains the Orion Belt.

Second, as seen in this figure, the first two pyramids are aligned, while the third, by far the smallest, is misaligned. Experts say this was done deliberately to represent the three stars of the Orion Belt.

Finally, as previously stated, they are all pointing specifically at Orion. How do you feel about this hypothesis? What does all of this imply?