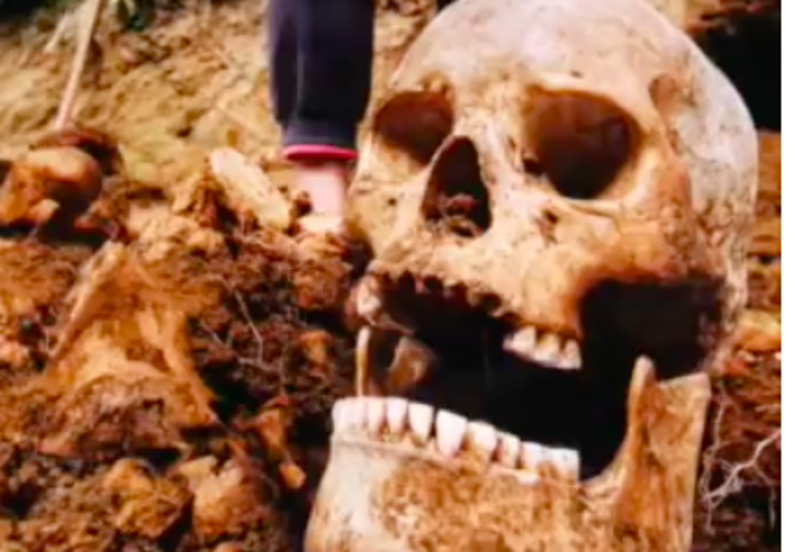 Before the advent of the Maori Polynesians, the towering red-haired, blue-eyed Caucasians resided in New Zealand and were the Spanish’s principal supporters when they attacked the Inca Empire. They were Indo-Europeans who originated in the same region of Western Asia as the Peruvian chicken’s progenitor.

They became a Maori clan, and their descendants still exist in New Zealand today. The Red-haired Maori, as white New Zealanders refer to them, share the same bloodlines as the Paracus People of Peru, who created the fieldstone effigies on the Nazca Plain.

They did not construct the Nazca Lines. The red-haired Caucasians were known as Chachapoya by the time Pizzaro’s Conquistadors arrived. In the Upper Amazon Basin, they had established a great civilisation.

The discovery of the Chaucilla Paracas Cemetery enabled the genetic finding. DNA samples were extracted from Paracus mummies and compared to modern Red Maori and some early Red Maori bones.

This data is directly applicable to Muskogeans. If you recall, the original name of the proto-Cree aristocratic family was Paracusi-ti, which means “Paracus People.” The high kings may stand up to seven feet tall. Overall, the Paracusa and Chapapoyas were not real giants, but stood around the same height as the Creek People today.

Long before the advent of the Polynesians, the red-haired indigenous inhabitants of New Zealand created terrace complexes. They appear to have also introduced this form of cultivation to Peru. So, while the Polynesians did not create the Andean Civilizations, Indo-Europeans who subsequently settled in the South Pacific did have a significant impact in Native American cultural evolution.

The population shift was for red-haired individuals from South America to the west, not for Polynesians to the east. The Wind Clan of the Creek People were the descendants of the Paracus in the Southeast.
Take note of the “pa” in the name Maori Pa. It has the same meaning in Chontal Maya and Hitchiti Creek as “pa.” In Mvskoke-Creek, the equivalent is “fa.” The obvious next step is to collect Creek DNA samples and compare them to Chachapoya and Red Maori DNA.

The scientific documentary below was created for New Zealand Public Television.