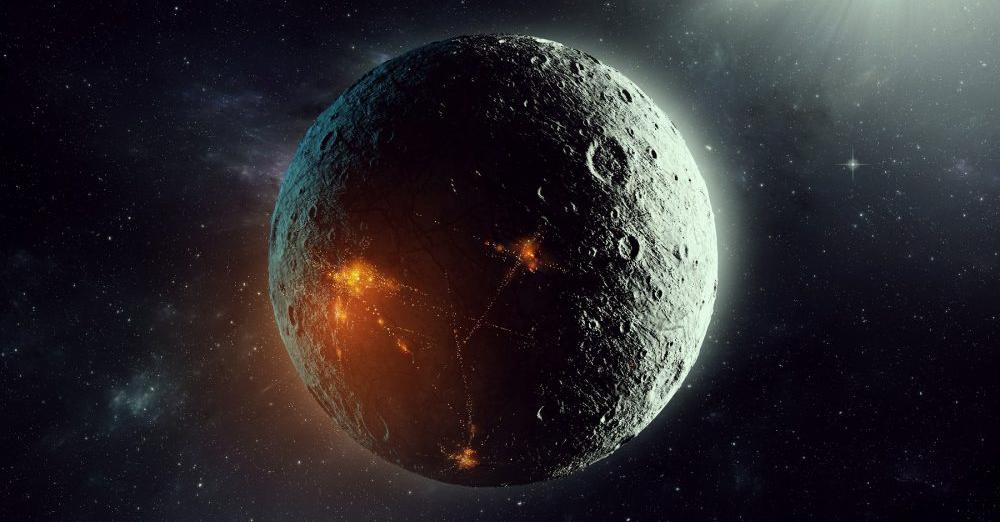 They are the largest and oddest formations on Earth: enormous, unexplained blobs of solid rock hidden deep under our planet’s mantle.

There are two of these monstrous masses – dubbed the large low-shear-velocity provinces (LLSVPs) – one beneath Africa and one beneath the Pacific Ocean.

These anomalies are so huge that they generate their own disturbances, such as the large phenomenon known as the South Atlantic Anomaly, which is currently evolving within and weakening Earth’s magnetic field.

As for how and why the LLSVPs ended up in this state within the mantle, scientists have a lot of theories but few hard evidence.

What is known is that these gigantic blobs have existed for an extremely long period of time, with some speculating that they may have been a part of Earth prior to the giant impact that created the Moon – ancient remnants of the collision between Earth and the mythical planet Theia.

According to this commonly accepted theory, the Mars-sized Theia collided with the very early Earth some 4.5 billion years ago, with a large portion of Theia and/or potentially Earth fragmenting off and producing the Moon we know today orbiting Earth.

What became of the rest of Theia is unknown. Was it annihilated, or did it merely ricochet out into space’s infinity? We have no idea.

According to some academics, the cores of these two primordial planets may have fused into one, and the chemical exchanges resulting from this epic merging are what enabled life to flourish on the resulting globe.

Now, scientists have returned to these titanic questions with a new theory, one that incorporates the enigmatic LLSVP blobs into the Earth/Theia hybrid hypothesis.

According to new modeling by Arizona State University (ASU), the LLSVPs may be old shards of Theia’s iron-rich and dense mantle that sank deep into Earth’s own mantle during the two developing worlds’ collision and has been buried there for billions of years.

“While the Giant Impact hypothesis is one of the most studied hypotheses for the Moon’s origin, direct evidence for the presence of the impactor Theia remains elusive,” the researchers note in a summary of their findings presented last week at the Lunar and Planetary Science Conference.

“We demonstrate that Theia’s mantle may be several percent denser intrinsically than the Earth’s mantle, allowing the mantle elements from Theia to sink to the Earth’s lowermost mantle and aggregate into thermochemical piles that may be responsible for seismically observed LLSVPs.”

While there has been speculation for years that the LLSVPs are an alien memento implanted by Theia, the current research looks to be the most detailed formulation yet. The findings are now being reviewed and will be published in Geophysical Research Letters in the near future.

“Therefore, the primitive materials may have originated from the LLSVPs, which makes sense if the LLSVPs preserve components from Theia’s mantle that predate the Giant Impact,” Yuan and his co-authors write.

We’ll have to wait and see how the rest of the scientific community reacts to the team’s results, but for now, we have another possibility for what these strange abnormalities could be — and it’s literally the most improbable answer ever.

“This insane notion is at the very least conceivable,” Yuan told Science.

The discoveries were reported last week at the 52nd Lunar and Planetary Science Conference, which was held virtually.

Source: P. Dockrill (n.d.). Numerous shards of an extraterrestrial world may be buried deep below the earth.