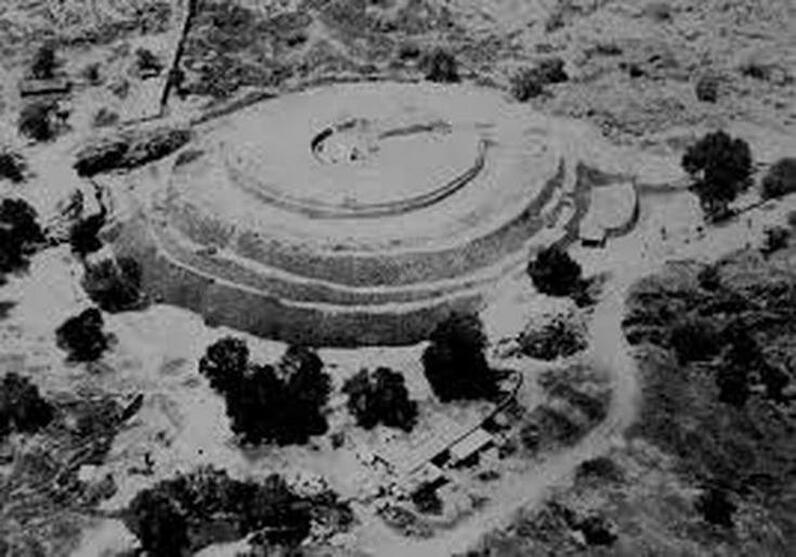 As time passes, we tend to lose sight of the mysteries surrounding our past, culture, and origins.
Pyramids may be found in every part of the globe; there are thousands of pyramids of varying shape and size, and countless of unknown pyramids waiting to be discovered. We are all known with the Giza Plateau and its pyramids; in Mexico, we have multiple pyramids that predate the Aztecs and Maya; and in Asia, we have enormous pyramids that defy conventional wisdom. However, there are other lesser-known pyramids. The Cuicuilco pyramid is one of them.

This pyramid is located on the outskirts of Mexico City, and according to some researchers, it is the world’s oldest pyramid. Cuicuilco was found in the 1920’s by archaeologist Manuel Gamio as a result of his observation of an unusual structure on a natural hill. In 1922, Byron Cummings of the University of Arizona began excavations, removing a thick layer of lava and other debris to reveal a circular pyramid with four storeys and constructed entirely of uncut stones on flattened clay. The Cuicuilco pyramid is around 18 meters tall and 20 meters in circumference, although its original height is thought to have been over 27 meters.

Cuicuilco is surrounded by a thick volcanic lava field known as “Pedegral de San Angel.” The lava field is roughly 80km2 in size.
Additionally, researchers unearthed a Stele near the Cuicuilco pyramid, which is considered proof of a relationship between the architects of Cuicuilco and the Olmec civilisation, which is regarded to be Mesoamerica’s mother culture.

In contrast to other pyramids, such as the Egyptian, the issue is not how, but when. To solve this issue, scholars considered the lava that buried the pyramid, which indicates that the Pyramid of Cuicuilco was built prior to the eruption that covered it in lava. According to academics, this eruption occurred 8000 years ago, once again casting doubt on established history, as the oldest known American pyramid is estimated to be 2000 years old.
Taking into account the historical period at hand, orthodox archaeology asserts that humans were incapable of constructing such structures 8000 years ago.

Due to archaeology’s inability to comprehend this chronology, academics propose that the pyramid was constructed more recently, implying that Cuicuilco is not 8000 years old, but rather 2100 years old. However, based on the physical evidence found at the pyramid, the thick coating of lava, and the time period of the eruption, the pyramid was built approximately 8000 years ago.

Numerous stone-carved female figurines were unearthed at the pyramid in 1924. Surprisingly, these figurines have a striking resemblance to those discovered in Europe during the Paleolithic period. Researchers discovered enigmatic sculptures portraying individuals wearing helmets and strange-looking outfits resembling modern-day diving suits among the figurines.

Most significantly, how big of an impact would the Cuicuilco pyramid have on our knowledge of history? Is it conceivable that humans were on Earth thousands of years earlier than conventional wisdom suggests? And that these prehistoric beings have technological prowess? And not as primitive as some studies would have you believe?

The fact that the Cuicuilco pyramid is around 8000 years old suggests that the original pyramid builders began on the American Continent, eventually extending to other areas.

At the moment, the Cuicuilco pyramid is not being explored; regardless of how old or significant the find may be for history, researchers have opted to cease study on the pyramid and its inhabitants. Perhaps scholars are concerned that what they will discover will dramatically alter the course of history in a variety of ways.